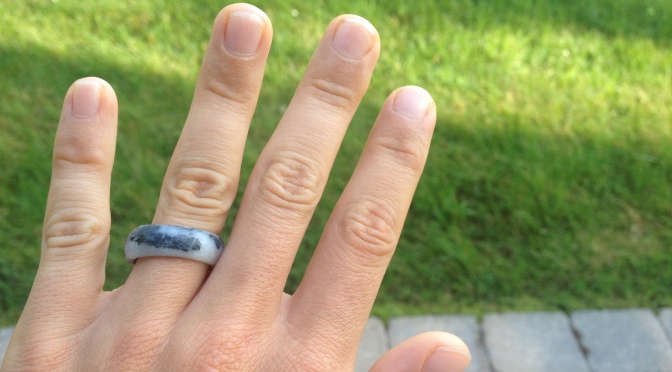 August 17, 2016 was a special day. It marked my last day as a Peace Corps volunteer in the Philippines and a day of celebration for myself and my 273 batch mates who had successfully completed our 2 years of service. 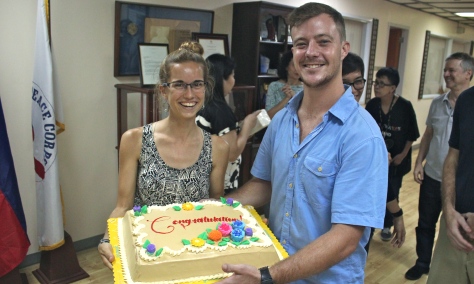 Earlier that morning John had gotten approval from our Country Director to propose at the end of my Close of Service Ceremony. The ring he gave me is made of marble and significant because it was handcrafted in Romblon, the marble capital of the Philippines and where we served together as Peace Corps volunteers.

Our story is a Peace Corps anomaly and a small miracle. John and I met in his hometown of Wilmington, NC as instructors at Surf Camp. We dated in America before I left for the Peace Corps, and I was actually sitting in his living room when I received the email with my country assignment to the Philippines in January 2014. Little did we realize, he too would end up serving in this country.

During my first year as a Peace Corps volunteer John came to visit for two and a half months. He lived with my host family, attended our family reunion, and used his expertise in outdoor recreation management to assist the provincial tourism office.

John’s arrival in Manila after a year apart: 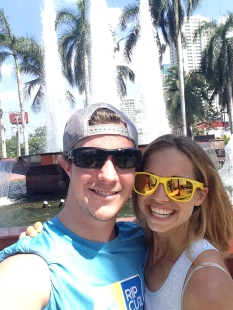 Activities with the host family: superheroes and eating balut. 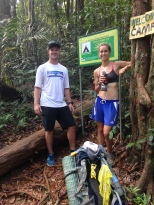 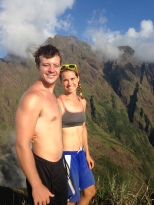 At that time the Provincial Tourism Office decided to apply for a Peace Corps Response Volunteer specialized in Eco-Tourism Development. The Peace Corps Response program is a short term (typically a year or less) assignment of an experienced professional to meet a specific need in a developing country. Other Response positions include Disaster Risk Management or Non-Profit Management Specialist.

When I was at Peace Corps Headquarters in Washington D.C. for the Blog-It-Home winner’s tour in October 2015, I got the news that John was accepted for the Eco-Tourism Peace Corps Response position. He would soon be returning to the Philippines this time as a volunteer!

Later during John’s volunteer training one of the Peace Corps staff in Manila saw him with his ukulele and said, “Oh you’ll have to meet this volunteer in Batch 273. She plays the ukulele too.” John laughed as he explained that I was his girlfriend and he had given me that ukulele and had taught me to play. 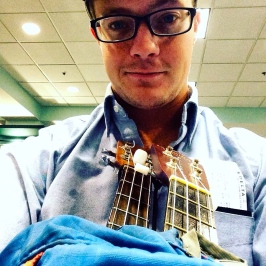 I sent John the photo above from the airport when I left in July 2014. In February 2016 he sent me his own version while en route for training in the Philippines.

The past 7 months we have both been volunteering in the Philippines, in the same province, and even the very same office building. Work in the Philippines ranges from evaluating submarines for tourism, planning a mountain bike race, leading an environmental kids camp, and conducting coral reef assessments. 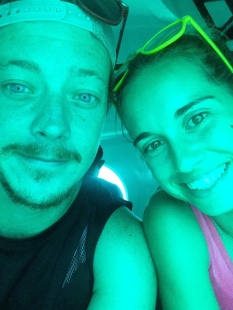 Was I surprised when he proposed? Yes! If you watch the video you can see us walk up to the Peace Corps sign. Then, I turn to look at the camera and stand there smiling, waiting for Loren to take the picture. I didn’t realize she was actually taking a video and when I turned John was on one knee.

But in life was I surprised? Nope – he is the greatest! 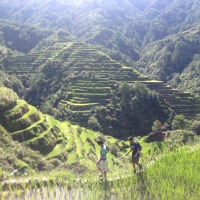 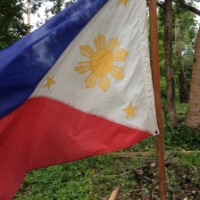