I recently visited Romblon, Romblon, the capital of my province. It is known for its marble and I got a special tour of the process:

There are 3 different words for rice in Tagalog: kanin (cooked rice), bigas (unhusked, uncooked rice), palay (rice plant). Furthermore “ulam” literally means “food eaten with rice” and is a general term for everything else. And the word “kain” means “to eat.”

American food culture revolves around bread as the major source of carbohydrates, while Filipinos eat rice with every meal (so much so that a meal without rice is not a meal and a Filipino will likely want to eat again a short while later). Which is better? Bread and rice offer similar nutritional content, especially when eating white bread or white rice, which generally lack the vitamins and minerals found in their brown counterparts. Rice deals a higher dose of carbohydrates per serving, which may or may not be advantageous depending on your specific dietary requirements. Wheat bread and brown rice differ more significantly in the amount of micronutrients: brown rice has more magnesium, used to make lipids and DNA, regulate hormone balance and support cell communication; wheat bread has more iron needed to transport and store oxygen; both contain similar amounts of fiber.1 What about gluten?! Read this article and decide for yourself whether choosing rice is preferable merely because it is gluten-free: http://toitangata.co.nz/uploads/files/Gluten-free_Julia_Buhs-Catterall.pdf

Be it production or texture, America is more of a bread culture, but the Philippines is very much a rice culture. In an attempt to more fully understand rice culture, I recently visited a rice field and learned to harvest rice alongside Filipinos.

While living in the Philippines has not completely cured me of my tendency toward bread, I do eat rice (at least a little) for lunch and dinner everyday. To explore another carbohydrate option, I have found corn to be available, cheaper, and more nutritious than rice. So why does rice account for 85% of Filipino cereal consumption, while corn is a meager 10%?* Corn is generally considered ‘poor man’s food,’ while rice is historically associated with the elite. In pre-colonial times2:

*Note that the remaining 5% is bread and pastas. Some traditions may be engrained in culture, however in urbanized areas, like Metro Manila, a much higher proportion of bread, noodles, biscuits…etc. are consumed regularly.2

Here in the Philippines, the bathroom is referred to as the Comfort Room or the CR for short. Using the CR in the Philippines is a very different experience than in the States. Most toilets do not have a seat and are merely a toilet bowl on the floor. The question of how to flush this lone standing bowl was a confusing puzzle the first time I used it. The solution is to pour a cupful of water (much more for number 2) into the bowl. Gravity then pulls the extra water down into the pipe system – flushed! I am fortunate enough to have the comfort of a toilet seat and a handle for flushing within my Filipino home. However, the CR experience is still very different from America for a second reason: there is no toilet paper1 in the Philippines! For many Americans this may be an impossibility. However, consider that the average American uses approximately 57 sheets of toilet paper per day, amounting to 3.2 million tons of toilet paper consumed in America annually and 54 million trees cut down each year to support such practice.2 On the other hand, the average Filipino produces zero paper waste whatsoever.3 A Filipino accomplishes this magical task with the help of a tabo, a water dipping cup. After you finish using the toilet, you fill the tabo with water and pour it to clean yourself. If you are squatting over a toilet bowl, you might consider putting one hand on the back wall to brace yourself as you pour water down your front or back. For particularly messy dumps, you then use your hand to clean yourself, along with more water. Then, consider shaking yourself dry a little if need be. Following the gravity-assisted flush, proceed to wash your hands and hope that there is soap (Maybe keep track of your wiping hand and your eating hand haha).

While it may seem like a big adjustment to first break the habit of tossing toilet paper immediately into the toilet and then secondly to eliminate the use of toilet paper at all, be reassured that it is possible and this country has been operating toilet paper-free for generations. If you are feeling adventurous give this method a try the next time you use the bathroom at home.

This past weekend, I traveled to Sibuyan Island, considered “the Galapagos of the Philippines” for its endemic terrestrial diversity. While I hope to return in the summertime to hike the infamous Mt. Guiting Guiting (6,752ft), the objective of this trip was distributing materials for seaweed farming to local fishermen as an alternative livelihood project. These materials are provided for free to the fisherfolk families as compensation for damages to the fishing industry in response to Typhoon Yolanda and also as a means to reduce pressure on declining fishing populations.

Rope, twine and floatation rings were distributed to fisherfolk after a training session on seaweed farming methods. Here is the basic construction of the farm: a net system that has seaweed seedlings tied in rows, and grows in the ocean just off shore.

In 2009, seaweeds were the 3rd largest fisheries export from the Philippines after tuna and shrimp.* The seaweeds grown are often shipped to France, Denmark, Japan, USA or UK after processing in the Philippines. Although raw seaweeds are used for consumption, died seaweeds are often processed for carrageenan, commonly known as seaweed flour, or kelp powder and in a huge variety of products.

What everyday goods are made from seaweed components? Toothpaste, shampoos, ice cream, yogurts, pill capsules, paints and much more! Eucheuma seaweed is a commonly farmed red seaweed, however many different types of seaweeds can be farmed. Check out the link below for more info. 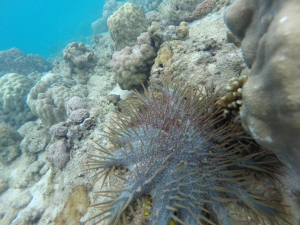 The Crown-of-Thorns (CoT) sea star (Acanthaster planci) can pose serious threat to Pacific coral reefs. The CoT varies from traditional sea stars in that it may have anywhere from 7 to 23 limbs and possesses numerous, long, sharp, toxic spines. In normal quantities this invertebrate is an appropriate part of the Pacific reef ecosystem. However, recent, increased, massive outbreaks of CoTs are highly problematic because the CoT is a corallivore, meaning it feeds on coral. Thus, outbreaks have the potential to destroy entire reefs. The CoT eats the fleshy polyps of a stony coral colony leaving behind white scars of the remaining dead calcium carbonate coral skeleton. In a balanced ecosystem CoTs feed on fast-growing Acroporid coral species, however when CoT numbers are abundant they begin feeding on slow growing coral colonies like Porites, which can devastate reefs for many years into the future.

Currently, we are exploring these methods at my site and will be developing a removal program in the future! 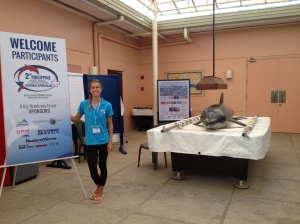 I spent the past week in Subic Bay at a conference about Marine Mammal Stranding (http://www.oceanadventure.com.ph/symposiums-and-workshops/philippine-marine-mammal-stranding-network-national-symposium/). In the Philippines most strandings of dolphins, whales, dugongs…etc. are caused by toxins in the water, blast fishing, or entanglement. At the conference we talked about best practices for release, rehabilitation, and euthanasia of these animals and the decision making process involved in these 3 options. It was also a great opportunity to meet representatives from throughout the Philippines working in Coastal Resource Management.

I traveled with my Filipino counterpart Ma’am Rita and our participation was graciously funded by the College of Charleston’s Graduate Student Research Grants. At the conference I learned about the “Dynamite Girls,” 3 dolphins successfully rescued but unable to be released because of permanent acoustic damage due to illegal dynamite fishing. Because these dolphins cannot hear properly, they cannot echolocate; unable to find food they can no longer survive in the wild. Thus dynamite fishing, an illegal practice although still widely prevalent, poses significant risks to marine mammals in addition to the coral reef it blasts apart. I hope to use the “Dynamite Girls” as a youth mascot to inspire community action to reduce destructive fishing methods, protect marine mammals, and minimize personal environmental impacts.

The highlight of the conference was definitely the Marine Mammal First Responder course. If you have ever taken a CPR/First Aid course, imagine if your victim was now a dolphin! Here are some steps to keep in mind:

Why spend large amounts of money and effort to save one dolphin?!

Many people argue that limited conservation resources would be better invested in trying to reduce the blast fishing that caused the initial stranding event, rather than trying to save one dolphin that, in the case of the “Dynamite Girls” is not even fit to be released into the wild. However I disagree. If done properly, a marine mammal stranding event and rehabilitation or release has the potential for large environmental gains beyond the immediate animal. Dolphins, whales, sea turtles all fall into the category of charismatic megafauna, meaning large cute animals which generate lots of public support from kids to grandparents. I hope to teach about the value of ocean health, the threat of climate change, and the impact of pollution, all through the story of one dolphin.

Humans gravitate towards stories. Studies have found people are more likely to donate money or support after hearing the story of one child who lives in poverty and needs money for school tuition than when told of an entire nation of children who cannot afford schoolbooks. We like to know that we are making a difference and oftentimes problems like pollution seems insurmountable to the individual (google the North Pacific Garbage Patch!). But even a child can understand that reduce, reuse and recycle or “I don’t need a plastic bag” – at a grocery store, may help to protect the home of the dolphin that he/she just helped to save.

So if you like dolphins or sea turtles learn about the ocean that they live in and see what small actions you can take in your daily life to keep it healthy! 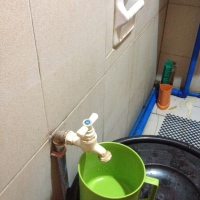 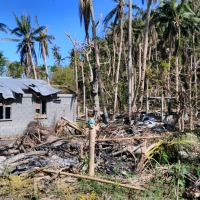 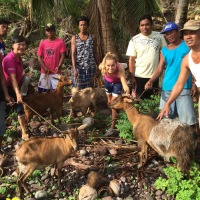 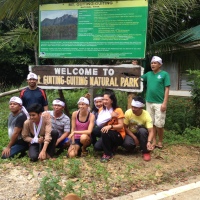 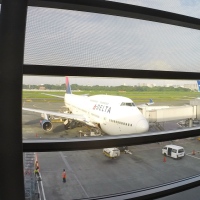 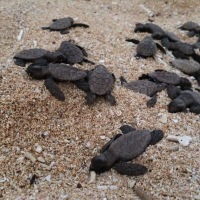